Steps to Become a Nurse

The Netherlands is a country whose population is progressively ageing. It has a sizable population and a significant need for nurses. It is also centrally placed in Europe, making it convenient to travel from other nations. As a result, it is an exciting location to work as a Nurse. Thus, this article will be discussing the Steps to Become a Nurse in the Netherlands.

Brief About Nursing Jobs in the Netherlands

There are several reasons why a nurse would wish to work in the Netherlands. One of the factors is r enumeration – most nurses make roughly 4,000 euros per month or around 4,400 USD. You may earn up to 6,000 euros (approximately 6,600 USD) on the top end.

Also, the Netherlands is a very convenient place to reside. While it has the same feeling of history as the rest of Europe, you might be shocked at how technologically advanced it is. The majority of public transportation is modern, which is a huge bonus.

Steps to Become a Nurse in the Netherlands

The first step in becoming a registered nurse is to earn a bachelor’s degree in nursing. Whether or not you need to verify your degree is determined when you obtained it.

If you did, your qualifications would be equivalent to those of Dutch graduates, allowing you to apply and register without further formalities.

If you got your diploma outside of the EU, it must be evaluated by Nuffic for equivalent to a Dutch degree. Nuffic is an organization that was formed to standardize the evaluation of foreign degrees and is frequently the first step for non-EU residents who wish to work in the nation.

If you earned your degree from a respected university, you shouldn’t have to bother much during the application process. However, you may need to take a few additional classes before becoming a registered nurse in some situations.

However, the most direct route is to study nursing in the Netherlands. Nursing programs at Dutch institutions are well-known for their high quality applied science courses. Bachelor’s degrees are awarded after four years of study. The Christelijke Hogeschool Ede, the Hague University of Applied Sciences, and the Hanze University of Applied Sciences are among the universities to consider.

The second need for working as a nurse in the Netherlands is the ability to communicate in the local language. At the very least, you’ll need to share with people at the B2 level. This is done by several people, such as those who take the CNaVT (Certificaat Nederlands als Vreemde Taal).

When you arrive in the Netherlands, you will find many organizations offering to help you develop your Dutch language and cultural integration.

Aside from Dutch, you’ll require a basic understanding of either English or German, the two most generally spoken languages in the nation. This should not be an issue because just an A1 level is necessary.

All certified healthcare professionals in the Netherlands are included on the BIG (Beroepen enlistee Gezondheidszorg) register. The Ministry of Health, Welfare, and Sport is in charge of it. Nurses who wish to work in the Netherlands must be registered with the BIG.

Typically, applications are routed through a third-party recruiter, such as EMTG, which specializes in assisting nurses through the whole process. Most of these firms will want confirmation of a degree equivalent and a CV before interviewing you to establish your requirements and qualifications.

Given the significant scarcity of skilled nurses in the Netherlands. This, though, should not be too difficult. No, because the country is pretty forgiving in terms of who it admits, so if there was ever a time to apply, it’s now.

The Netherlands boasts one of the world’s most influential healthcare systems.

There are few better locations to work if you are a trained nurse. Finding a job and connecting a work visa is the final stage for you to formally locate an appointment and ensure your stay in the Netherlands.

Because most hospitals in the Netherlands are privately owned, the criteria and perks may differ. Most healthcare jobs are advertised on V&VN (Verpleegkundigen & verzorgenden Nederland).

If you are not a European Union citizen, you will need to obtain many choices in the Netherlands. You have other possibilities, such as a TWV or a GVVA. It’s important to understand that a residence permit and a work permit are not the same things and that various possibilities don’t necessarily allow you to work.

As a nurse, your employer will often be required to apply on your behalf, which means you must have a job lined up before applying for a work visa.

As you observed, we have helped simplify the process to become a Nurse in the Netherlands. We hoped this will be helpful in getting you into the country as a nurse. Kindly drop a comment below for any additional information. 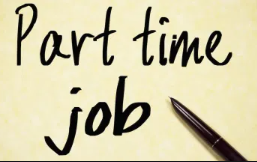